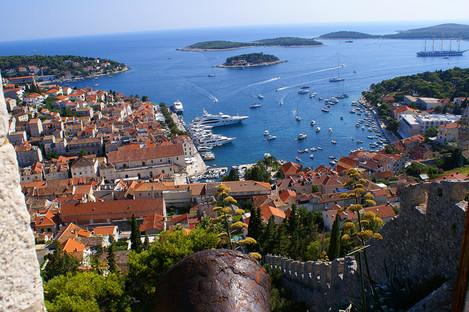 In the Split-Dalmatia County, which encompasses towns such as Kaštela, Solin, Trogir, Omiš and Makarska, and islands Brač, Hvar and Vis, there are just under 4,000 foreigners from 96 countries now residing. The majority of those are situated in Split, Trogir, Makarska, Brač and Hvar. Last year alone 234 permanent residency applications were approved in the County.

Diana Jakšić from Split-Dalmatia police administration told Hina that a large number of foreigners residing on the three major islands in the County (Brač, Hvar and Vis) had purchased real estate there. Both Brač and Hvar seem to be the popular choice of those deciding to emigrate to the County, with 78 and 85 temporary residency permits processed respectively.

“Those two islands are extremely interesting to foreigners, but that is nothing unusual because they are beautiful places. Who would not want to live there,” said Jakšić.

Although most resident permit requests come from European Union citizens, there have been requests from nations such as Japan, Peru, Korea, Libya, Ivory Coast, Kenya, Thailand, Iran, Iceland, Rwanda, Venezuela, Jamaica, Nepal and Morocco. The police department say that the majority of those are ‘work related’ requests in the tourism field. Croatia does have a strict ‘work permit’ quota, but that is increasing every year.